If you’re longing for the good ol’ days of the Passat R36, you’re probably upset with Volkswagen for not developing a performance version of the current-generation model. The silver lining? Come tomorrow, the Arteon will be getting Wolfsburg’s full-fat R treatment, although the chances of seeing the VR6 make a comeback are slim to none.

The spirit of the Passat R36 Estate will be revived as well with an Arteon R Shooting Brake. It’s the blue car featured in this final teaser released by VW ahead of a June 24 official debut. As for the red one, it appears to be a liftback in the R-Line specification, with both wearing the company’s recently refreshed “R” logo.

How can we possibly tell the shooting brake wagon is the fully fledged R? Well, the Golf R-esque satin silver mirror caps suggest it’s the spicy version, and so do the blue brake calipers adorned by the R logo. In addition, the Arteon Shooting Brake has beefier drilled discs, and in one of the previous teasers, it had larger front air intakes.

This brief video allows us to take a peek inside the cabin where there seem to be quite a few changes for only a mid-cycle update. For starters, the air vents have been reshaped and don’t seem to run across the entire width of the dashboard anymore like they still do on the Passat. Speaking of which, the midsize sedan lost its analog clock with last year’s facelift, and it looks like VW will be doing the same for the Arteon.

Save Thousands On A New Volkswagen Arteon 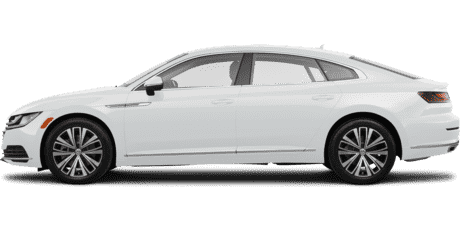 The infotainment system appears to have a new look and it is likely running on the VW Group’s latest MIB3 setup we’re seeing on more and more models sold by the automotive conglomerate, from humble Skodas to fancy Audis. We’re noticing the absence of the three dials on the center console for the climate control settings, which seem to have been replaced by buttons. The Passat soldiers on with the same layout VW has been using for ages, but it looks like VW is finally doing something to separate the premium-ish Arteon from its more mainstream sibling.

The wait is nearly over as the wraps will come off tomorrow when VW will unveil both the Arteon liftback and its long-roof companion that got an early reveal last week in China.