See The Nissan GT-R50 By Italdesign Lap An Italian Track

The Nissan GT-R50 by Italdesign is the latest and most limited version of Godzilla. Now, some might dismiss the Japanese sports coupe and say that it’s just another special edition version just to extend its life further.

While that maybe true, considering that the current R35 underneath the GT-R50 has been out for more than a decade now, the Italian-penned GT-R50 also gets a considerable power advantage over its normal Nissan GT-R counterparts. Yes, even over the GT-R Nismo.

Apart from its distinctive styling, your $1-million spent on the GT-R50 will give you 710 horsepower coming from the twin-turbo 3.8-liter V6 engine. Nismo was able to squeeze out an extra 110 hp from the VR38DETT as compared to the GT-R Nismo. Torque has been bumped up, too, now at 575 lb-ft (780 Newton-meters), showcasing a 94 lb-ft (128 Nm) increase.

To support the added grunt, Nissan had to reinforce the six-speed sequential dual-clutch transmission. Bigger Brembo brakes were also added, while the suspension was reworked by Bilstein for continuously adjustable damping. The custom 21-inch alloys on the GT-R50 are wrapped in Michelin Pilot Super Sport tires – 255/35 R21 at the front and 285/30 R21 at the back.

All these performance upgrades are, of course, put to the test. We’ve seen Nissan testing the GT-R50 before in a Belgian circuit. Now it’s time to see it lapping an Italian track. The short clip embedded on top of this page should show you the production GT-R50 lapping the Tazio Nuvolari circuit.

Save Thousands On A New Nissan GT-R 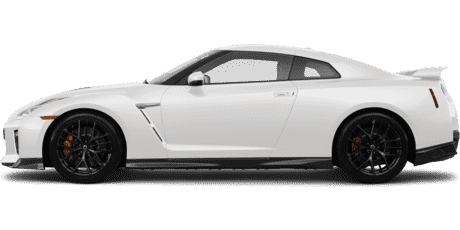 The Nissan GT-R50 celebrates the 50th anniversary of Italdesign. Only 50 units of the customer sports car will be made, each comes with a sticker price of €990,000 ($1.08 million). There are a few units up for grabs during the production version’s reveal – in case your deep pockets can afford it.