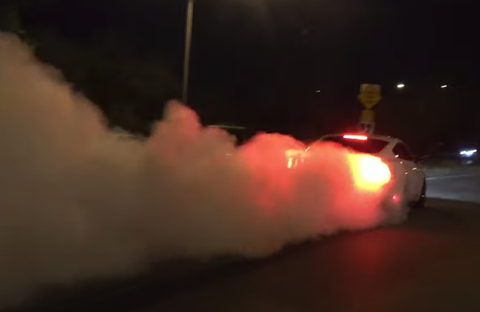 For decades, Car and Driver has conducted our instrumented, high-speed vehicle testing on private proving grounds, not public highways. We get it, though: it’s fun to drive fast, as long as it’s done safely. But in the six weeks since the coronavirus halted commuting, our nation’s highways have reverted to a lawlessness that is slightly disturbing.

These days, speeding on public roads is not what it used to be. Ordinary Nissan Rogue crossovers are doing 80-plus now because the roads are unclogged and many police departments are under orders to make fewer traffic stops. But look up your local state’s news, and you’re bound to find stories on the people who do get ticketed.

Here’s an idea of what people think of speed limits in New York City:

Even with fewer cars on the streets, the city’s automated speeding cameras have issued almost twice as many speeding tickets daily. There were 24,765 speeding tickets on March 27, up from 12,672 tickets issued daily a month earlier, according to city data.

In California, the number of tickets issued to drivers cited for 100 mph and above almost doubled:

In the month after the start of the stay-at-home order March 19, the CHP issued 2493 tickets throughout California for speeding more than 100 mph. Officers wrote 1335 tickets for that offense during the same period last year.

This genius in New Jersey at least turned himself in after realizing no one would believe his excuse:

A New Jersey man who was clocked going nearly twice the speed limit on a highway tried to dodge a trip to jail by claiming he had come down with coronavirus symptoms, police said Wednesday.

National data can’t yet show the full decline in crashes, fatalities, or vehicle miles traveled, but insurance companies have already noticed, and many have begun returning excessive payments to policyholders. But worse are the pockets of drivers who see Fast and Furious as a religious text and shut down entire blocks and roadways to do burnouts and drag racing. They were doing it quietly before. With fewer consequences, now they’re out in the open.

CHP Officer Ryann Grimes said groups that engage in “roll racing”—referring to packs of cars driving along a freeway before rocketing off chasing their car’s top speed—have been more prevalent as the bulk of Californians have taken sheltering at home seriously.

Shutting a bridge down in Oregon:

On Sunday, police were called to the upper level of the Fremont Bridge around 8:15 p.m. on reports of dozens of street racers blocking southbound traffic and spinning cars in donuts across the span. By the time two officers arrived, the cars had left. No arrests were made.


A video posted to social media Tuesday shows a black Mustang spinning out, with its wheels squealing, at least five times in the middle of the typically busy intersection. A handful of people are seen filming the stunt near the car with their cellphones.

And even in Sioux Falls:

“The weather is nice. We’re getting a lot of reports about people speeding,” he said. “I think everybody is always frustrated with that. The problem we have with that is the people who are speeding and racing around, they move to different areas.”

It’s very clear that driving becomes more fun with fewer drivers. Just be very careful with how much fun you’re having.