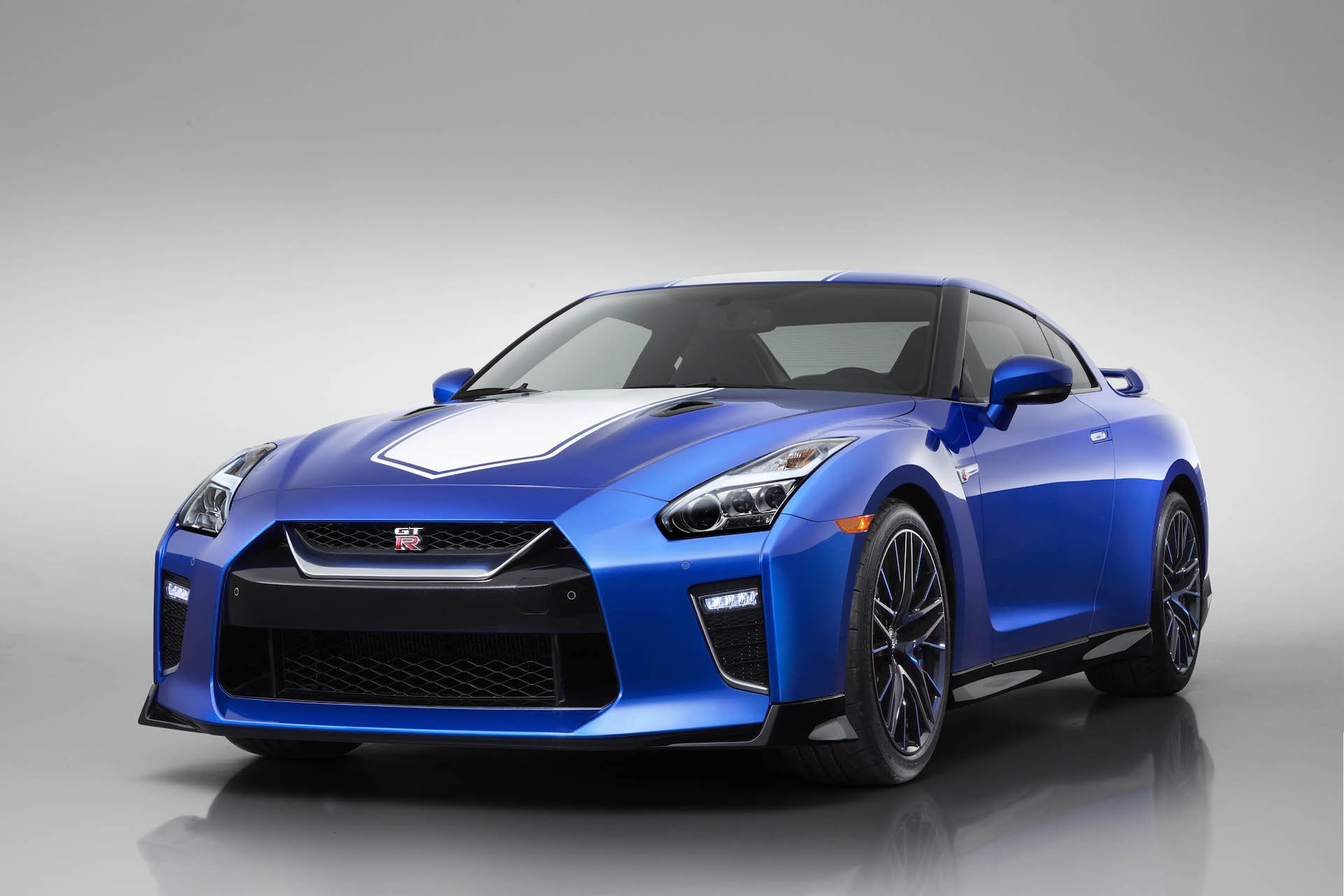 The 2020 Nissan GT-R is the latest version of a sports car that’s been regularly updated, but not entirely replaced, since it was new in 2009.

Lately the updates have come with a hefty upswing in sticker prices. The most affordable variant, the Pure, has been dropped, which makes the old mid-grade Premium trim the new base model. Higher up the chain, the Nismo model gets a dollop of carbon fiber and a $212,000 price tag. Needless to say, the value play that was the GT-R’s major selling point has now largely eroded.

Despite the ever-deeper pockets that are necessary to bring home a GT-R—the original 2009 rendition was just $77,000, if you can believe it—we give the aging Nissan performance coupe a 6.2 out of 10 overall. (Read more about how we rate cars.)

Bolstering that score is a design that doesn’t give away the car’s advanced age. The styling is exotic but not flamboyant; the GT-R won’t turn heads like a Lamborghini unless you lay into the throttle from a stoplight. At that point the car’s 2.7-second 0-60 mph acceleration will be sure to get passersby and pedestrians looking up from their phones.

Such mind-bending performance can be credited to the twin-turbocharged 3.8-liter V-6. This engine normally makes 565 horsepower but has been tuned to 600 horsepower in the Nismo version. It routes its power to an all-wheel-drive system which provides the grip necessary to mete out those sub-three-second 0-60 mph sprints. A dual-clutch 6-speed transmission is down a couple cogs from the competition but still feels mighty fine from behind the wheel.

If you’re not trying to set speed records, the GT-R has no issue acting as a daily driver. The interior is typical Nissan—a grade below what we’d like to see—but there’s all the good features here one would expect on a six-figure car, such as navigation, smartphone integration, Bose audio, and nappa leather. Its cockpit, though no doubt dated, is more functional and usable than most of its ergonomically-challenged competition.

The 2020 GT-R, on paper, shouldn’t be as competitive with the contemporary crop of supercars as it is. It is, after all, a 10-plus year-old design. But the steady enhancements over the years—save for the total lack of modern active-safety equipment—have managed to give this old heavyweight yet another lease on life.