Infiniti may become less luxurious in order to survive. As sales fall, Infiniti will be rebooted from a true luxury brand to “Nissan-plus,” chief operating officer Ashwani Gupta said in an interview with Automotive News published Monday.

That plan involves making greater use of Nissan platforms and components, including the parent firm’s e-Power hybrid system. Infiniti’s current rear-wheel drive models will likely be replaced by a Nissan platform, perhaps derived from the Altima or Maxima, the report said. The first of these new models could arrive by 2023.

Infiniti has relied on Nissan platforms in the past, and the current QX60 is based on the Nissan Pathfinder. But the “Nissan-plus” strategy appears to be a retreat for a brand that, when it launched alongside Lexus in 1989, was meant to take on the luxury-car establishment. 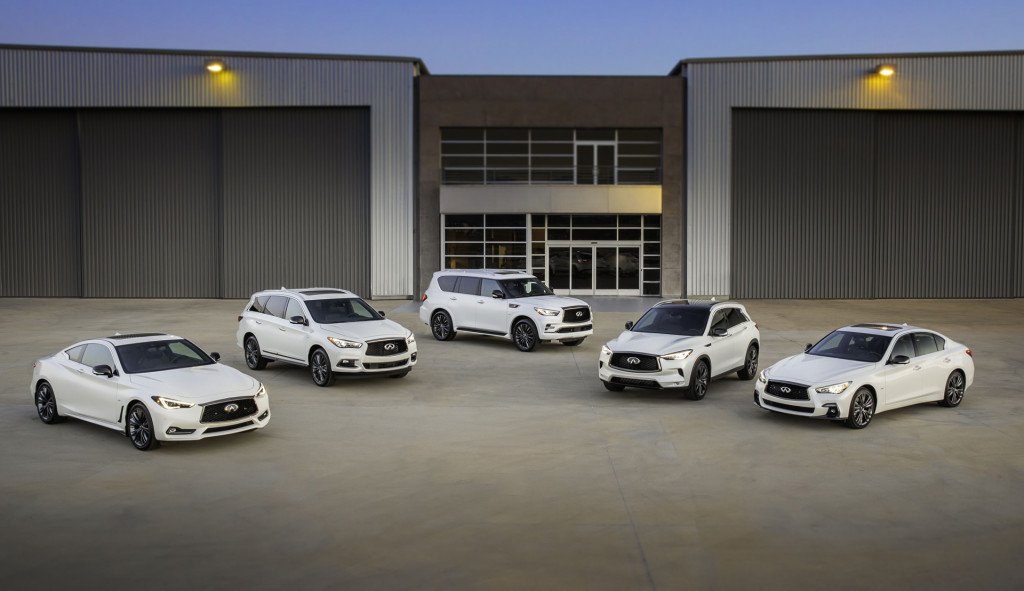 Infiniti will also focus more on the United States and Chinese markets. The U.S. is already Infiniti’s biggest market, accounting for 117,708 of the brand’s 188,994 global vehicle sales in 2019, according to the Automotive News Data Center. The U.S. sales figure was down 21% from the previous year, according to that data. Infiniti sales have also fallen for the last four years worldwide.

While Infiniti will share the e-Power hybrid system with Nissan, its version will be more powerful. Originally developed for use in small cars, e-Power is a so-called series hybrid system that uses an internal-combustion engine solely as a generator to power electric motors. That differs from the parallel hybrid systems used by most other automakers, where both the engine and electric motor(s) directly power the wheels.

The report did not mention plans for fully electric cars, but Infiniti previously said it would launch an all-electric model in 2022, and that its entire lineup would be all-electric or hybrid by 2025. Infiniti’s next new model will be the QX55 crossover coupe.

The Infiniti reboot will occur amid significant cost cutting by the Renault-Nissan-Mitsubishi Alliance, which is cutting models and factories to survive the current global financial crisis. However, that won’t stop Nissan from launching 12 new or updated models over the next 18 months—including a new Z sports car.