It takes the titanium exhaust from a $1.2M track car to make the Ford GT sound good

The Ford GT is an impressive feat of engineering and a 24 Hours of Le Mans class winner, but it has one major flaw—its sound. Jay Leno found a way to fix that, by fitting his GT with the titanium exhaust system from a GT Mk II track car.

In his latest restoration blog video, Leno showed off the titanium exhaust system on his black-and-orange Ford GT. He also brought in Jason Heffner of Heffner Performance, which was contracted by Ford and Multimatic (the Canadian company that builds the GT for Ford) to make the system, to explain the details.

The one-piece unit weighs less than six pounds, a weight savings of about 30 pounds over the stock system, according to Heffner. It bolts on behind the catalytic converters and features a high-flow X-pipe design. Take a listen at the beginning and end of the video. We think the sound is a huge improvement over the stock GT. 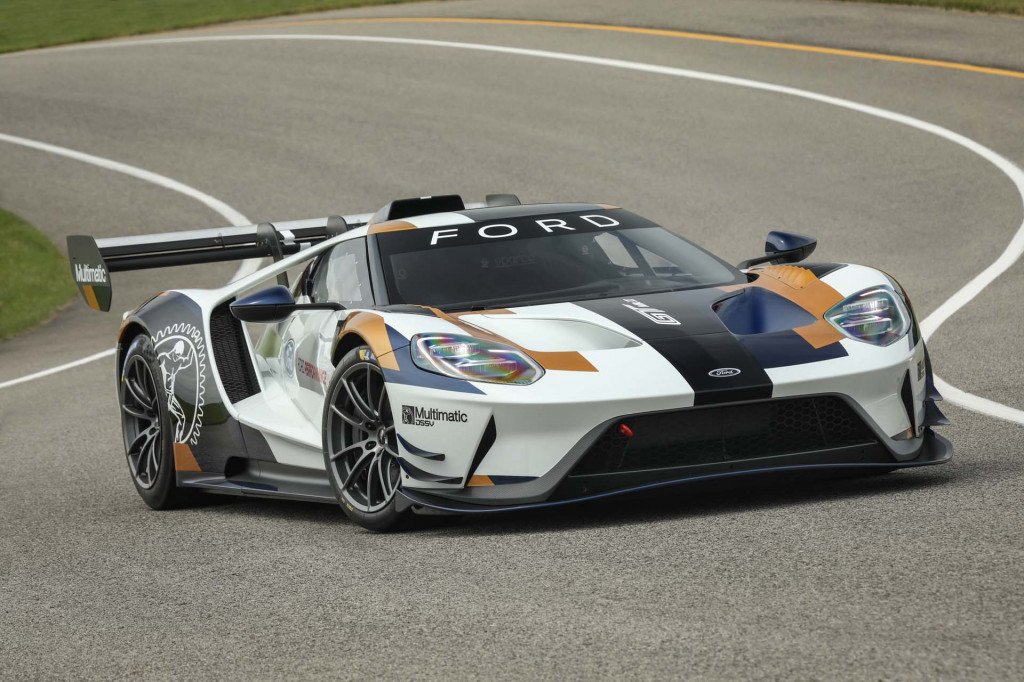 Ford priced the GT Mk II at $1.2 million, and limited production to just 45 cars. For comparison, a 2020 GT Liquid Carbon edition road car is priced at $750,000, and Ford has allocated 1,350 build slots for the road-going version. At least half of those build slots are already spoken for.

Aside from the GT exhaust-system upgrade, the video features a few of Leno’s other projects, from a Pontiac Firebird to an old Detroit Electric, which is being upgraded with modern batteries from a Nissan Leaf.