LA Hyundai Dealer Towed Cars Away Instead of Fixing Them, Citing COVID-19 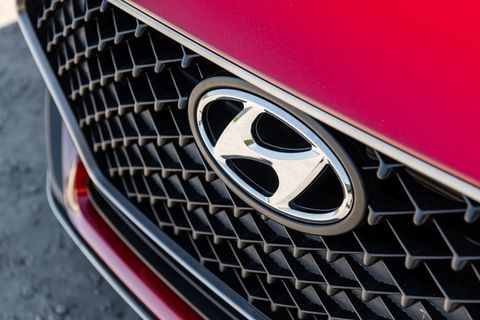 Call it coronavirus confusion or call it a dealer using COVID-19 as an excuse. Whatever the reason, there is—well, was—a Hyundai dealership in the Los Angeles area that created some unusual problems for its customers.

The Los Angeles Times spoke with a woman who dropped off her 2019 Hyundai Kona at Nissani Brothers Hyundai in Culver City for some repairs. That’s a simple enough process that happens every day across the country, even during a pandemic. But then something decidedly not regular happened, which is that her car was towed off the property and the owner was asked to pay more than $6000 to get her car back, thanks to $150-a-day storage fees at the lot and to cover the lien that had been placed on the vehicle. And it wasn’t just this car that was towed away.

The Times says Hooman Nissani, co-owner of the Hyundai dealership and dealerships from other brands in the area, did not want to comment on the record, but an unnamed manager said fewer than five vehicles were moved (Hyundai told the newspaper it was around a dozen). The manager said they tried to call customers to say the dealership would be closing due to COVID-19 and they would need to move their cars, but the customer says she was never contacted about the new social distancing measure her car needed to go through.

Whatever happened, it won’t happen again, at least not in this guise. A Hyundai spokesman told Car and Driver the relationship between the dealer and Hyundai was voluntarily ended April 6, and the dealership has since closed and taken down its website.

“Prior to the closing of the dealership, this dealer moved vehicles that had been dropped off for service to an off-site facility, E3, in order to vacate the property, without informing Hyundai or the customers who had vehicles at the dealership for service and repair,” he said. When Hyundai leaned E3 was trying to charge customers the storage fees, the company worked to get its customers’ cars out of the lot and then to other dealerships to get their original repairs completed.

“All customers who made any form of payment to E3 during this situation have been, or will be, fully reimbursed,” the spokesperson said, adding an apology and a pledge “to make this right.”

Nissani has a history of legal troubles, including a $2.4 million judgment against him for a wage-theft case that state officials said was California’s largest ever. The case involved 64 employees at a carwash Nissani owned. Since the Nissani Brothers still operate other dealerships in the area, the Times opinion columnist who wrote about the issue now recommends putting a GPS tracker in your car if you have to drop it off at one of them for repairs. Call it coronavirus carefulness.

This content is created and maintained by a third party, and imported onto this page to help users provide their email addresses. You may be able to find more information about this and similar content at piano.io