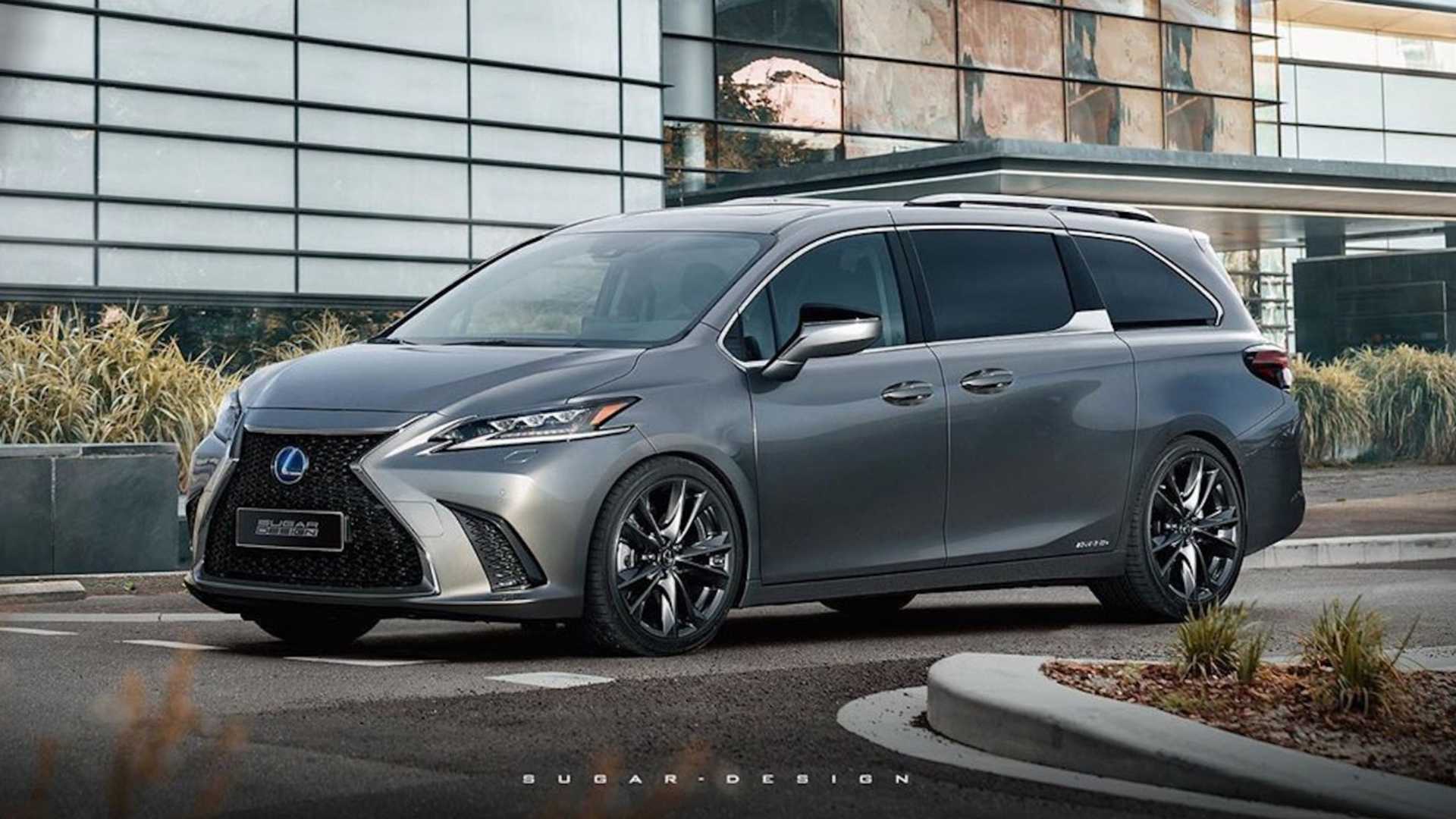 Last year, Lexus entered the minivan segment in the form of the Lexus LM. The huge posh MPV was based on the Toyota Alphard, which has gained popularity in Asia and other markets where massive people carriers are a hit. The already luxurious minivan has souped-up further in the LM, offering massive interior space and other niceties that owners would really appreciate. As you would have guessed it, the Lexus LM is initially offered in China and other Asian markets.

Now, if the LM isn’t your cup of tea, Instagram’s sugardesign_1 reimagines the 2021 Toyota Sienna into a Lexus minivan for the U.S. market.

Taking the body of the good-looking new Sienna and slapping a Lexus fascia on it, the final product looks great – at least on our end. The set of 20-inch rims fit the bill for a sporty look, matching the aggressive front fascia that Lexus vehicles don.

Compared to the LM, this “Lexus EM” should be a better-looking proposition for those in the market for luxury minivans. Whether for the family or for business executives, we’re digging the look, but too bad it’s just a fictional design exercise.

But then again, the new Sienna Hybrid is already an interesting vehicle design-wise, specifically the XSE trim that comes with 20-inch alloys and blacked-out accents. If this Lexus EM doesn’t make it to reality (which we highly doubt, really), sticking with the Sienna wouldn’t be a bad decision at all.

But then again, we’ll never know. Maybe Toyota is working on a more luxurious version of the Sienna for the American market. Let’s just hope that it will look as great as this rendering or even better.