Sport Compact Car was a great magazine. Lots of interesting tech information.  Over the years, had a chance to compete in the USCC several times, and have cars featured in the magazine a number of times.   The death of SCC was sad, but just an example of creative destruction.  In this test, SCC takes a R33 Skyline GT-R, WRX, Evo, and Audi TT and run them in an all wheel drive battle to the death. If you see the main image, you will notice that in fact this yellow Cobb WRX did die.   This cover is a composite image, or in other words it wasn’t shot like this. Each car was slid like this individually.  During one of the drifts, the WRX hooked up, and hit a water truck.  It did some damage, and killed the car.  Two Evo, two WRX, one TT, and one R33.  HPA has a PDF of the article up here. 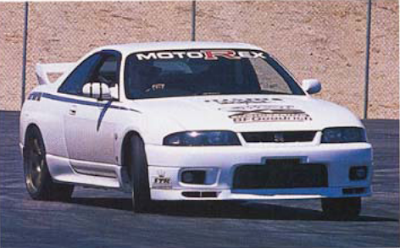 I think this car was a customers car, I can’t say I 100% remember for sure, so some of the modifications I liked, others I would have done different. For sure I would have run different coil overs. The GAB are pretty awful. However we don’t always get what we want.

This magazine test was done at least partially under wet conditions, to try and show some of the advantages of different types of all wheel drive cars.  The yellow Cobb WRX was a weapon.  That car was super fast, and was going to be the one to beat, until it hit the water truck.  The R33 should have been better with better suspension, but 3rd just barely behind the Evo VII wasn’t bad. 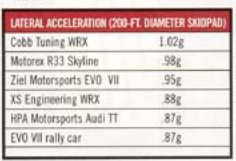 Onto the skidpad.  Drive around in a circle in both directions. The fastest skidpad run in the world, looks nearly exactly the same as the slowest. The R33 pulled 0.98g not too bad for the 265mm BFG KD’s which were real street tires in 2002.  The Cobb WRX was higher, but also on 285mm Kumho Victorracers all around.  At the One Lap of America in 2016, we pulled 1g average on Bridgestone RE71R street tires, in a Toyota Sienna minivan. Still 2nd is just fine for “the boat.”

Acceleration.  Here is how it works in the real world, with magazine testing. They give you/will take a certain number of runs, maybe 1,2,3 runs. Take that number, they may average the two, they may take the best number, and then that is published. So while you may have a better number on your perfect pass, the real world, every day, this day number will be different.  These are the results from this day, with these cars, and the magazine tester driving it.   0-60 in 4.1 seconds.  This could have probably been even better on a good surface. 11.9 @121 mph.  The thing had decent mph. Was probably making near 500 hp.  0-60 in 5.9 in the wet, isn’t bad either.

Slalom speeds.  66.6 mph. Nearly last. Just the rally car was worse.  Even though the car pulled 0.98 on the skidpad, it didn’t want to transition much.  Probably that GAB suspension. Either way not last.

The last test was braking.  I forget what brake pads we had in the car, but it was nothing crazy from what I remember. The car had stock Brembo calipers, some stock rotors, pads, and fluid from what I remember. Even though it was the heaviest car, it stopped the best.
As you can see, even though some people give the R33 GT-R a hard time, it actually does pretty well against the smaller and lighter cars.
We have 25 year old R33 GT-R in stock, and coming from Japan. Or if R32 is more your thing, we have those too.
Buy USA Legal R32 and R33 Skylines at Importavehicle.com!
Index and Start Page 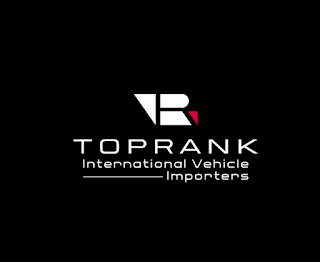