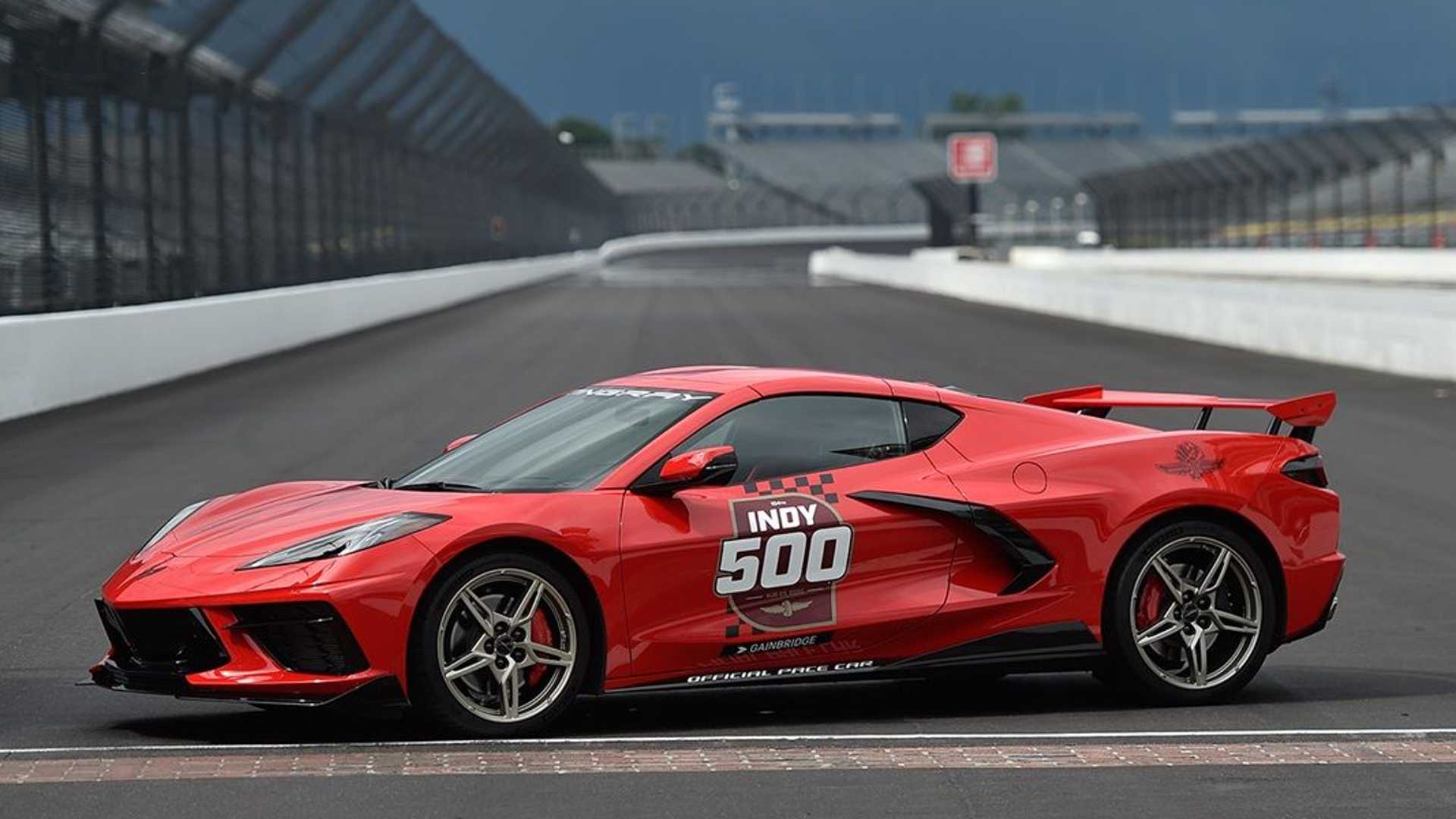 A Torch Red 2020 Corvette Stingray coupe will serve as the Official Pace Car for the 104th Indianapolis 500 presented by Gainbridge, continuing Chevrolet’s tradition of leading the field to the green flag. The Pace Car will be driven by GM President Mark Reuss.

This year, the race will be held outside of May for the first time – Sunday, Aug. 23 – with live NBC coverage at 2:30 p.m. (ET). This marks the 17th time a Corvette has served as the Pace Car, starting in 1978, and the 31st time a Chevrolet has led the field dating to 1948 when a Fleetmaster Six convertible held the honor.

No other brand or vehicle has served as the “500” Pace Car more often than Chevrolet and the Corvette, respectively.

“It’s truly an honor to have the opportunity to be behind the wheel of the mid-engine Corvette Pace Car at such a historic race as the Indy 500,” said GM President Mark Reuss. “The 2020 Corvette Stingray is the result of a close collaboration between the Corvette Racing and production engineering teams, setting a new benchmark for supercars around the world.”

“This is a continuation of our outstanding partnership with Chevrolet,” Indianapolis Motor Speedway President J. Douglas Boles said. “We’re so grateful for all that Chevrolet has contributed to the success of our events. The Torch Red 2020 Corvette Stingray is a world-class machine rich with speed, performance and excitement, perfectly suited to pace the ‘500’ field.”

Chevrolet has a storied history at Indianapolis Motor Speedway. Chevrolet was founded in 1911, the year of the inaugural 500-mile race, and company co-founder Louis Chevrolet, along with brothers Arthur and Gaston, competed in early Indy 500s. Arthur competed in the 1911 race and Gaston won in 1920.

Pagenaud won the 2019 Indianapolis 500 from the pole driving the No. 22 Menards Team Penske Chevrolet. In 2018, Ed Carpenter won the pole and Power the race in Chevrolet-powered machines.

Visit IMS.com for more information about this year’s schedule.

The race will be televised live on NBC for the second consecutive year, with the pre-race show starting at 1 p.m. The Pennzoil INDYCAR Radio Network will provide live coverage of the race to its affiliates and on Sirius 211, XM 205, indycar.com and the INDYCAR Mobile App powered by NTT DATA.

Indianapolis Motor Speedway, the world’s largest spectator sporting facility, has been the worldwide leader in motorsports entertainment since opening in 1909. IMS is hosting the 104th Running of the Indianapolis 500 presented by Gainbridge on Sunday, Aug. 23, the world’s most prestigious auto race. The Speedway also made history during the Fourth of July weekend, hosting the stars of the NASCAR Cup Series, NASCAR Xfinity Series and NTT INDYCAR SERIES on the same weekend for the first time during the Big Machine Hand Sanitizer 400 at Powered by Big Machine Records, Pennzoil 150 at the Brickyard and GMR Grand Prix. IMS also will welcome the competitors of MotoAmerica and the Intercontinental GT Challenge Powered by Pirelli/GT Challenge World Challenge America during major event weekends in 2020. IMS, the NTT INDYCAR SERIES and IMS Productions are owned by Penske Corporation, a global transportation, automotive and motorsports leader. For more information, please visit ims.com.

Founded in 1911 in Detroit, Chevrolet is one of the world’s largest car brands, doing business in more than 100 countries and selling more than 4 million cars and trucks a year. Chevrolet provides customers with fuel-efficient vehicles that feature engaging performance, design that makes the heart beat, passive and active safety features and easy-to-use technology, all at a value. More information on Chevrolet models can be found at www.chevrolet.com.