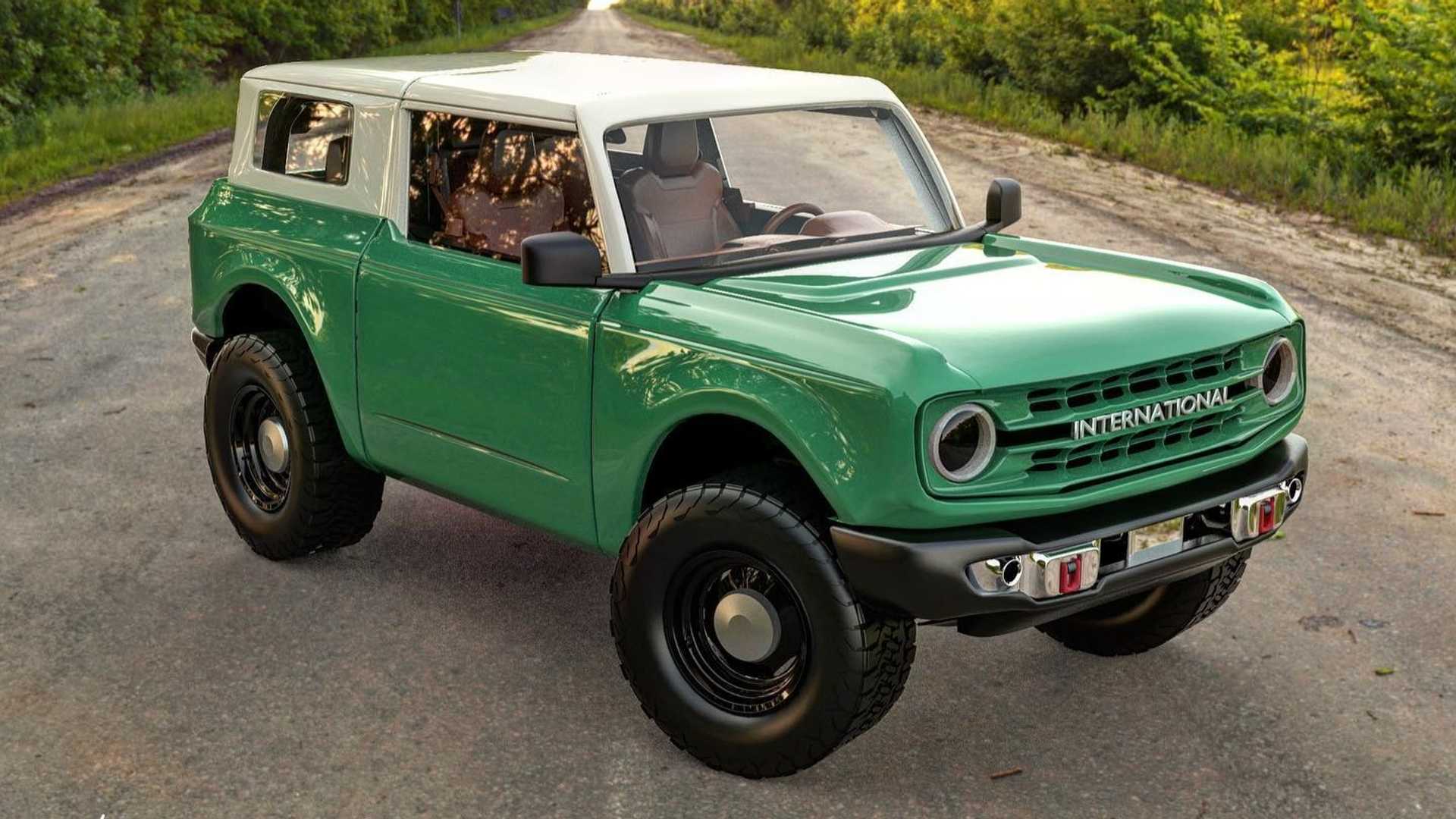 While the International Harvester brand may not have the notoriety of industry giants like Ford, there’s more than meets the eye. Abimelec Design has created a fun concept of what the original Scout would look like with design cues from the recently released 2021 Bronco.

Although the IH company has been well known by off-road purists, it has come back in some interesting ways, one of them being the inclusion of the Scout 800 in the recently released Snowrunner video game. While it may not be the most practical vehicle in the game, it is definitely one of the prettiest.

Before we start a war in the comments, Abimelec has created a special fusion between the two. The most noticeable transplant comes with a variation of the Bronco’s eclectic front grille seen on the Scout. While the jury is out on the restomod-type aesthetic, the final product is sufficiently refined; this is no Baja pre-runner here with 49” tires and a lift kit to outer-earth orbit.

Apart from its in-game stardom, the Scout is a very important talking point in the offroad conversation. While the render slaps some of the styling cues from the new Bronco on to the International Harvester, things used to be different. The former is often seen as the spiritual origin of its flat-nosed 4×4 aesthetic, but the latter came first. All things aside, it’s often contested which off-roader is easier on the eyes.

While this is only a fun concept render, we are scratching our heads as to what engine might reside under the hood. Although swapping LS V8s into Scouts is becoming hot stuff, we’d also love to see an EcoBoost swapped in as an homage to the Comanche turbo four seen in earlier models.