The Model Y compact crossover might not be the best Tesla, but it’s the one that best advances Elon Musk’s goal of the mass adoption of electric vehicles.

With a sporty crossover profile that’s all the rage, strong performance, plenty of range, and an advanced but simplified interface, the Model Y is so convincing that it might set back one of Musk’s other goals—colonizing Mars.

Starting at $51,190 for the Long Range model with all-wheel drive, the 2020 Tesla Model Y undercuts the Audi E-Tron and Jaguar I-Pace, and offers a whole lot more performance than the smaller, marginalized Chevy Bolt or Nissan Leaf.

Based off the Model 3 sedan, currently the best-selling electric vehicle in the world, the Model Y compact crossover sports the humpback shape of the larger Model X three-row SUV. A real swell looker it is not. The tester had some body panel gaps you don’t see from more seasoned automakers, and there are garishly visible welds when the liftgate is open. But the egg shape creates excellent interior space with room for five full-size passengers (for now) and a tinted glass roof that enhances the sense of airiness. The glass roof allows Mars-gazing as if you were in a convertible.

Ample head and leg room in back don’t convince me that Tesla can wedge another two seats by 2021. Total cargo volume measures 68 cubic feet; the Audi E-Tron has 57 cubic feet, which is a tad more than the Bolt EV. The 60/40-split folding seats fit an inflatable mattress for car camping for two, according to the owner of the tester. Plugged into the campgrounds’ Level 2 chargers, they had air conditioning all night long—via what’s literally called Camp Mode. Kinda cool.

For ambiance, they could turn the landscape-oriented 15-by-10-inch touchscreen into a virtual campfire. Not as cool, but not as silly as the various fart settings activated by turning the turn signal or one of two buttons on the steering wheel. 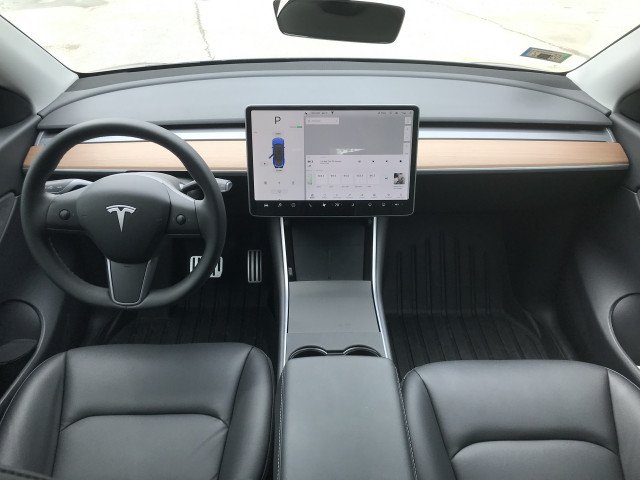 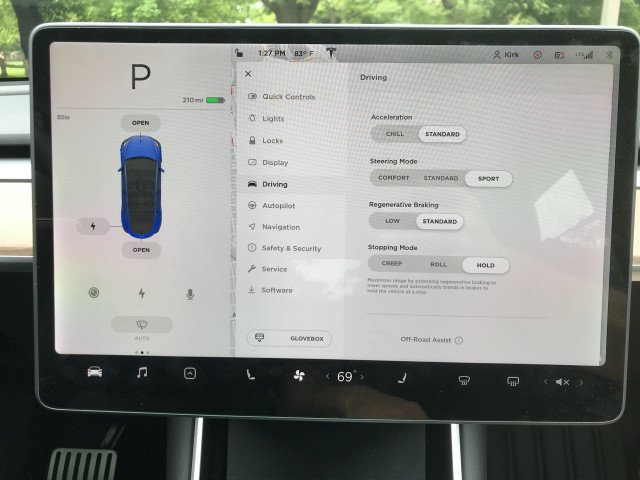 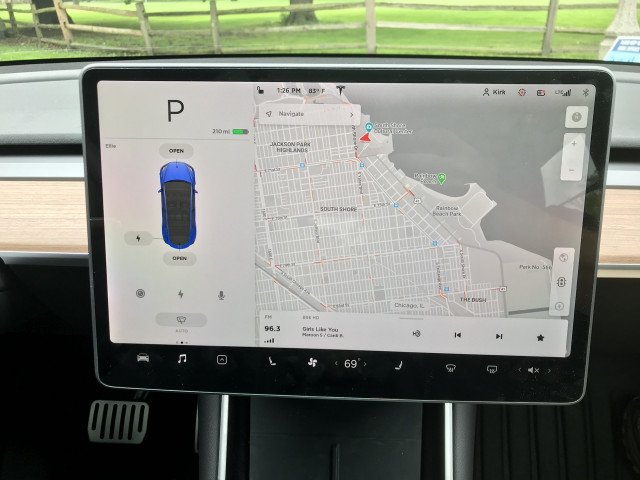 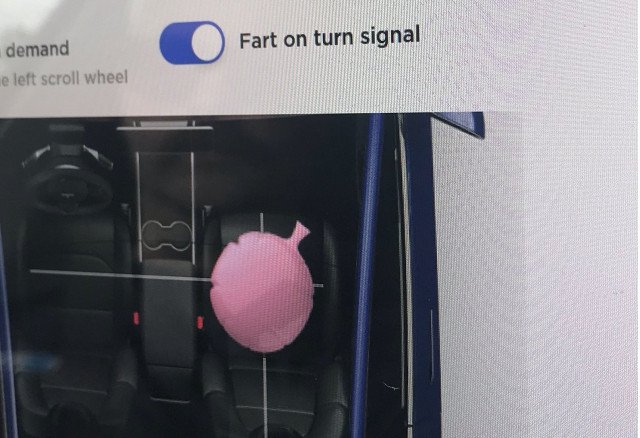 The dash layout, more so than the propulsion, might be the biggest adjustment for people considering the switch from internal combustion engines to a Tesla electric vehicle. A large 15-inch touchscreen the size of a laptop commands the dash. There are no visible vents, no instrument cluster, no band of controls or centerstack. A piece of textured wood trim splits the upper and lower half of the dash. Imperceptible above the wood trim are the vents, about an inch tall.

Controlling them comes through the giant screen, which controls virtually every aspect except the essential drive functions: side mirror position, opening the trunk and frunk and glove box, a toy box that lets you draw pictures, and enough apps to watch any streaming service while waiting for a loved one to finish an errand in the store—although there’s none of the Apple CarPlay or Android Auto mirroring that you’d find in other vehicles. Thin bezels and icons docked at the bottom make for a familiar, intuitive layout. The screen announces that this is a Silicon Valley tech company making electric cars, not an automaker toying with touchscreens. It’s almost too good in that it becomes a temptation to do things other than drive. 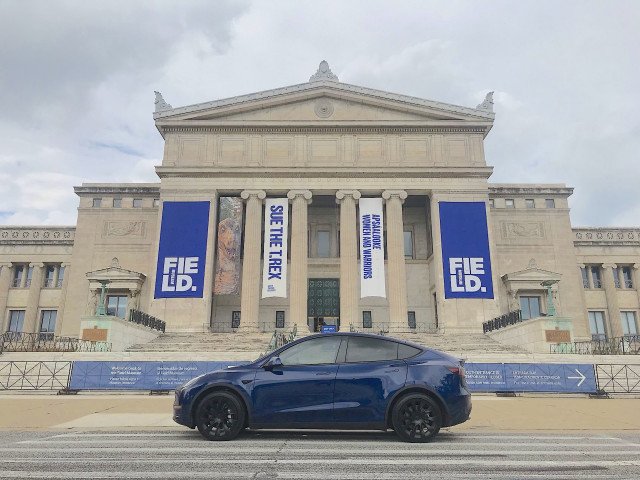 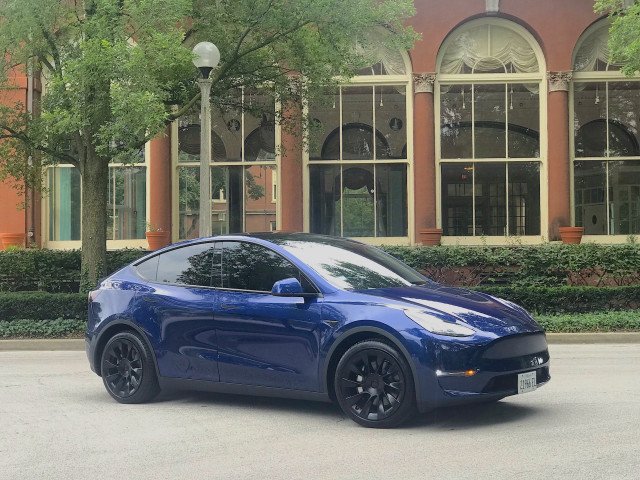 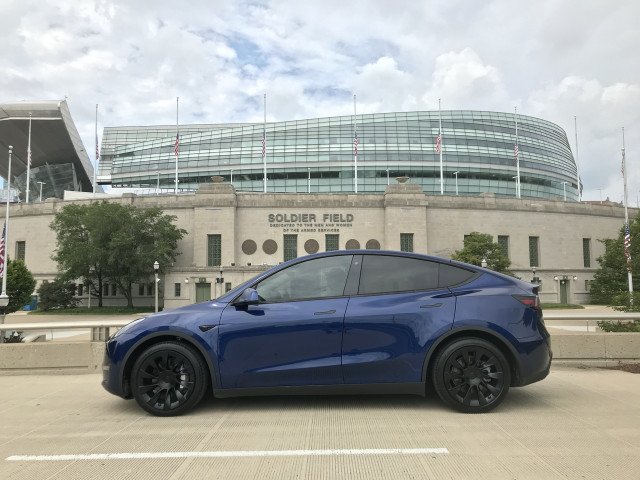 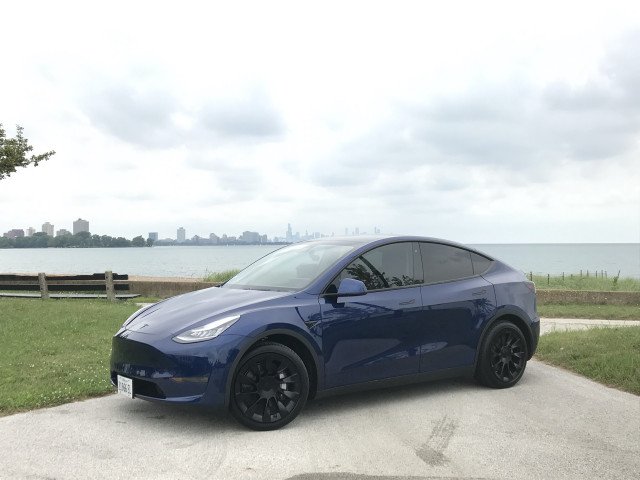 You’ll want to pay attention when driving, at least at the onset. The entry-level Model Y Long Range with all-wheel drive has a motor on both the front and rear axle making 384 horsepower and 376 pound-feet of torque via an estimated 75-kwh battery pack. (Tesla doesn’t disclose its battery sizes anymore.) It hits 60 mph in 4.8 seconds, according to Tesla. For a $10,000 upcharge, the Performance model launches to 60 mph in 3.5 seconds.

It doesn’t need the upcharge. The instantaneous torque throws you back in the bolstered bucket seats and drops your gut into a smile if not a giggle. The breathtaking burst can be diminished from Standard mode to Chill mode, and one-pedal driving simplifies operation once you get acclimated to braking instead of coasting. It’s a blast to drive.

The regenerative braking setting can be switched from Standard to Low to make it feel more like coasting in a traditional car. Otherwise, it takes getting used to letting off the accelerator much later than you normally would when approaching a stoplight. Once at a stop, a hold mode lets you take your foot off the brake or you can select Creep to inch up like a gas engine in gear would do.

On cloverleafs and on ramps, the Model Y handles like most crossovers, with plenty of lean despite a ground clearance of just 6.6 inches and a relatively low center of gravity. That’s closer to the 5.7 inches of clearance in the Toyota Camry than the 8.4 inches on the Toyota RAV4.

My tester had optional 20-inch black “Induction” wheels ($2,000), but even with the standard 19ers, the ride would have been on the stiff side. A gauntlet through some Chicago potholes proved that the Model Y has the suspension traits of a performance crossover more than a numb three-row crossover SUV. There was no engine noise to drown out road noise and jostling in the rear, but the excellent 14-speaker sound system took care of that.

Drive settings such as Creep and the Low regen brake mode mimic how a traditional gas car operates, as if to help drivers transition from a gas car to an EV. But the learning curve in the Model Y is a matter of hours, not days.

Like a gas car, the style of driving affects the efficiency. Tesla cites an EPA-estimated 316 miles of range on a full charge, but the owner of the Model Y tester estimated 250 miles of actual range since he rarely charges it to 100%.

In my drive, the trip meter started with 230 miles of range and ended with 86 miles. I drove 100 actual miles. But because I had to test the gut-dropping acceleration time and time again, I used a lot more energy than what the system forecasted based on past driving habits. So there were 44 miles of range burned to a hot day of climate-control use and a heavy right foot. The Model Y was still very efficient. Total energy use was 29 kwh, or 3.4 miles per kwh. Most other EVs beyond the econo-EV crowd average below 3 mi/kwh.

Compared to the more familiar mpg figure, the Model Y got the equivalent of 116 mpg. The efficiency is far greater and cleaner than a hybrid or gas-powered car.

Most Model Y owners install a 240-volt, Level 2 charger in their home that provides up to 42 miles of range per hour of charge via a 60-amp circuit. But charging slows down after 80% capacity, so it might take more than 8 hours to go from zero to full charge. A standard 120-volt Level 1 outlet charges up to 7 miles per hour, so don’t bother. Access to Tesla’s Level 3 Supercharger network via subscription or pay-per-use can charge 158 miles in 15 minutes. 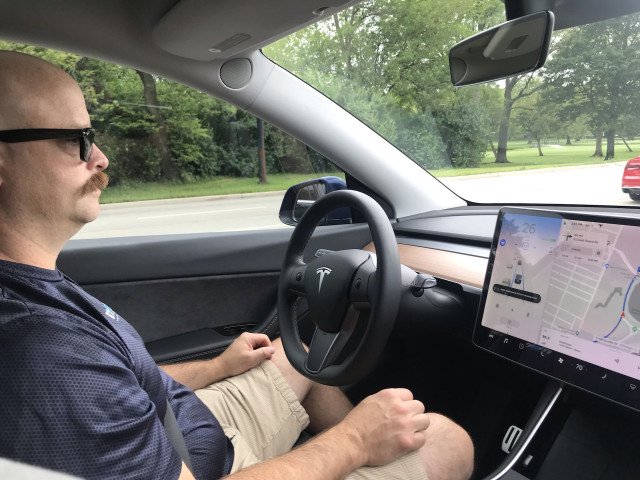 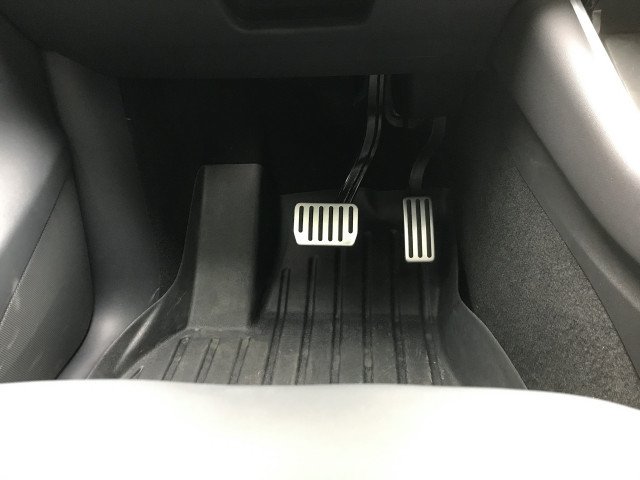 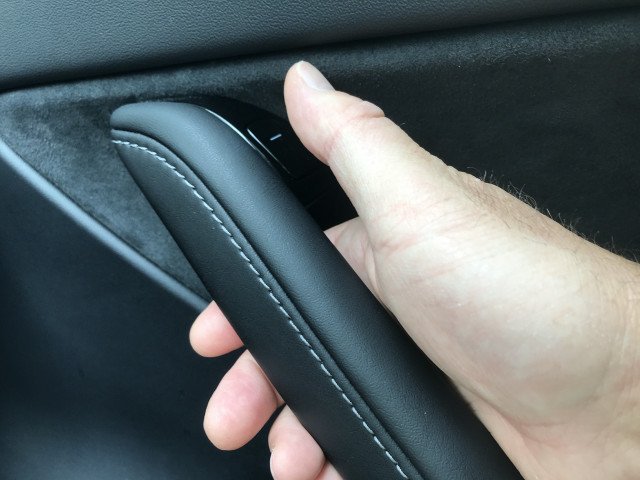 Tesla’s driver-assistance system has been controversial, in part because of confusion over the name. It can’t drive itself. For now, it is a very sophisticated adaptive cruise control system with active lane control. Like other systems such as Cadillac’s Super Cruise, Autopilot maintains a set speed and can adjust the speed without driver intervention, just by clicking down on the gear stalk. Click twice and the Model Y will stay in its lane, as long as there are clearly marked lanes or neighboring traffic. While driving, Autopilot can change lanes if the driver uses the turn indicator.

Traffic is projected onto the touchscreen with clear lane markings, so a truck looks like a truck, a minivan like a minivan. The projection instills confidence that the system sees the same thing as drivers. When a semi started to creep into the edge of the center lane, the Model Y shifted to the left edge of the left lane. In short, it behaved how a driver would behave.

After some high profile crashes and investigations of drivers using Autopilot and not paying attention, Tesla updated the system so that a driver needs to place a hand on the steering wheel about every 45 seconds in my experience. My tester came with a beta version of full self-driving capability ($8,000) but I didn’t have the navigation set so it could go from on-ramp to off-ramp and change lanes with just the occasional hand on the steering wheel.

Super Cruise enables longer periods of hands-free driving on divided highways and uses a driver-facing camera to monitor driver attentiveness, but in my experience it is overly cautious and requires more driver intervention on highways going through metropolises than Autopilot. Autopilot doesn’t have a self-monitor, but in terms of its ability to read the road and adjust speeds and lanes based on traffic conditions, it is exceptional.

The same could be said of the Model Y. Tesla needs to put the same care behind its technology in its build quality and the ride could be smoother. But after testing the blistering Model S performance sedan, the overdone Model X three-row SUV, and the best-selling Model 3, as well as countless other gas and hybrid crossovers, the Model Y captures that formula of performance and practicality better than any Tesla or electric vehicle to date.