Nissan on Wednesday provided a first glimpse at its Ariya electric crossover SUV due to be revealed on July 15.

The vehicle is the production version of the Ariya concept shown at the 2019 Tokyo Motor Show, and Nissan describes it as a global vehicle meaning we’re likely to see it reach the United States.

The Ariya rides on a dedicated EV platform and is expected to be the first recipient of Nissan’s new e-4ORCE dual-motor all-wheel-drive system. A prototype version of the system with a combined 300 horsepower and 500 pound-feet of torque was shown in June. 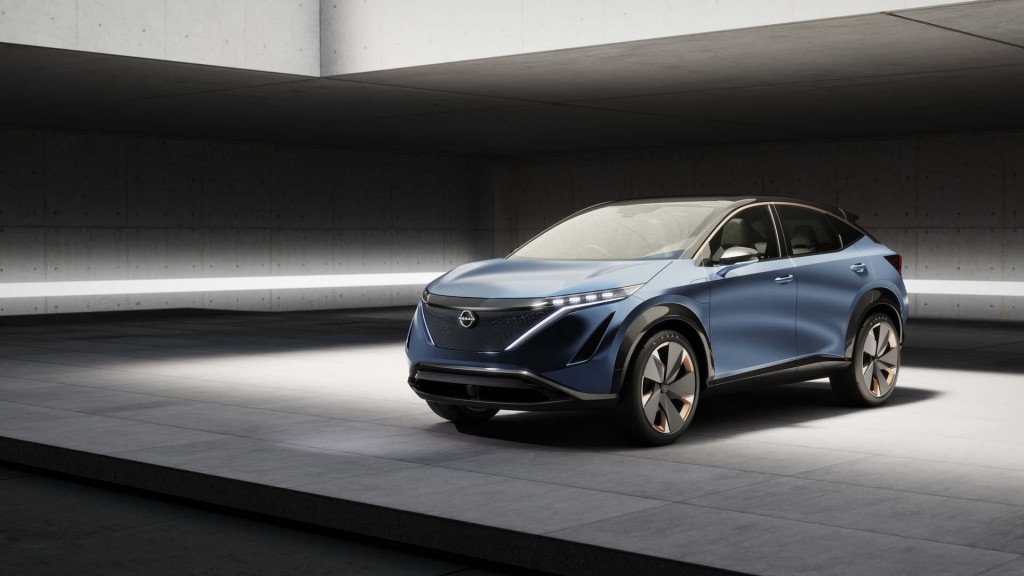 Based on the dimensions of the the Ariya concept, the production version should be slightly smaller than the Rogue, though space in its cabin should be comparable thanks to the packaging advantages of its EV platform. Similar sized EVs include the Hyundai Kona Electric and upcoming Chevrolet Bolt EUV and Volkswagen ID 4.

Nissan is quiet on details but says to expect the latest in in-car technology. The Ariya concept had a 12.3-inch infotainment screen, a remote parking feature, and Nissan’s ProPilot 2.0 semi-autonomous driver-assist feature for highway driving.

The Ariya is part of a major product renewal at Nissan as the automaker seeks to turn around its losses. There are multiple new or updated models in the pipeline including redesigned versions of the Frontier pickup truck and Z sports car. The first model in the product renewal has already been revealed in the form of the 2021 Rogue.