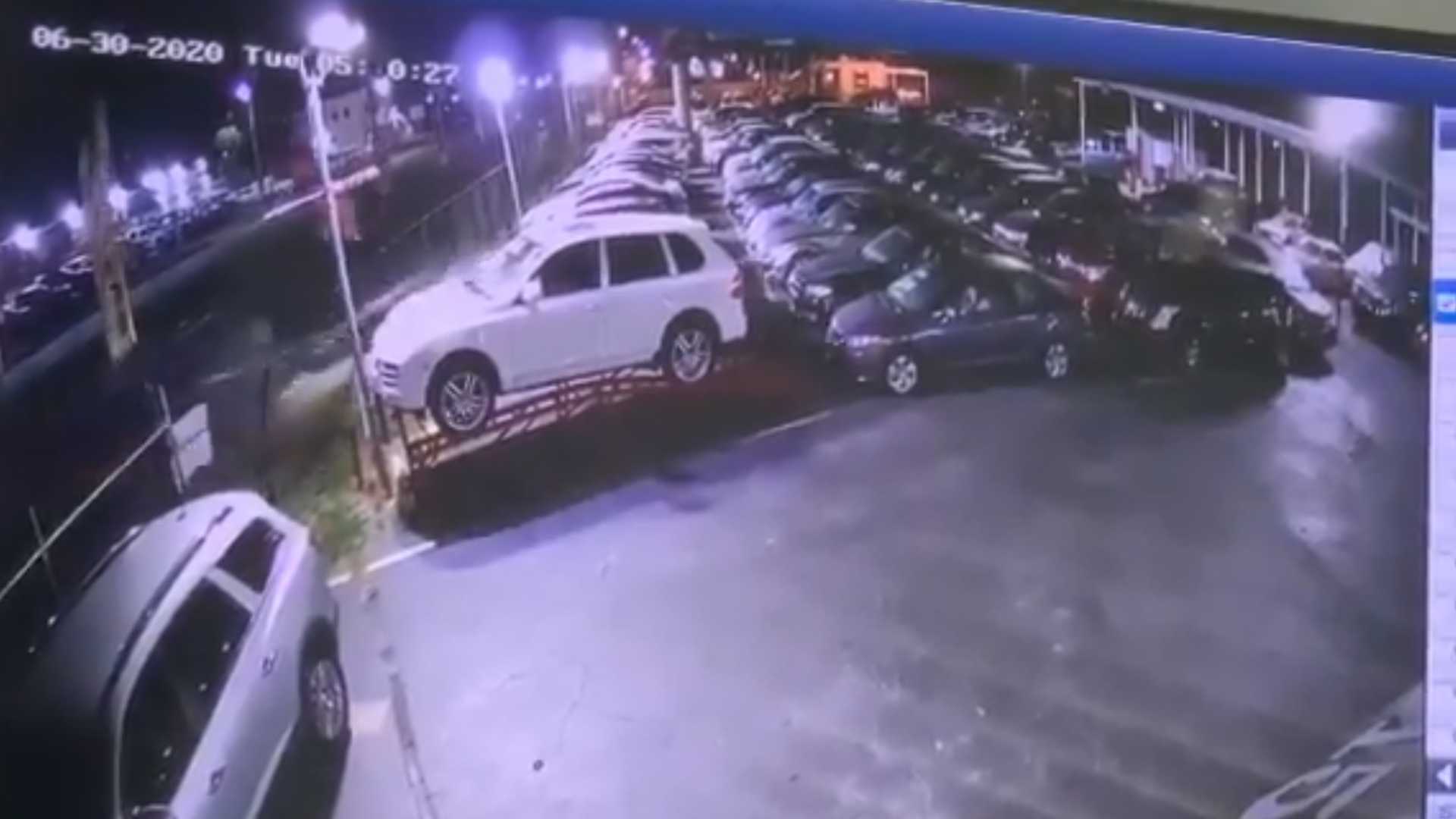 Although we’ve seen our fair share of odd crashes over the years, this one still managed to take us by surprise. Surveillance footage from a used car dealer in Florida shows a Cadillac Eldorado ramming into several cars awaiting new owners. Madeleine Wright, a reporter for local ABC News affiliate WPLG, covered the peculiar incident on her personal Twitter account.

She learned from the dealership’s owner that a total of seven parked vehicles were damaged. The cause – well, other than speeding – of this rather bizarre accident remains shrouded in mystery. What actually baffles us is what happens in the aftermath of the crash. Footage captured by the nearby camera shows a woman fleeing the scene by getting out of the damaged Cadillac and climbing over the dealership’s fence.

It happened in the early hours of Tuesday and Madeleine Wright says the northbound lanes of NW 27th Avenue near NW 98th Street had to be temporarily closed to clean up the area. The driver had to be taken to the hospital with non-life-threatening injuries. Miami Herald learned from the police the car briefly caught fire after the collision and was eventually towed away.

Hector Borroto, the dealership owner’s father, saw the glass half full in his interview with Fox-affiliated WSVN. He mentioned it was a good thing it happened so early in the morning because that area is very crowded during the day. Obviously, this incident couldn’t have come at a worse time given how car sales have been negatively impacted by the COVID-19 pandemic:

“Most of the cars are a total loss. It’s difficult, difficult for us. It’s a difficult time, especially with the coronavirus going on, this crisis. This is a family business, and we try to keep the cars in good shape. We’re trying to build the business, and you know, this is sad. It’s sad for us. It’s not a good day for us, not today.”